Please join Fair & Yeager Insurance Agency in supporting the 18th annual Coats For Kids drive, which runs from October 15, 2012 through January 12, 2013. “Anyone who needs a coat will have one” is the continuing mission of Coats for Kids. Coats are needed for all ages: children, teens, adults, and babies. In its history, Coats for Kids has collected, cleaned and distributed over 744,000 coats.

Here’s how you can get involved today!: 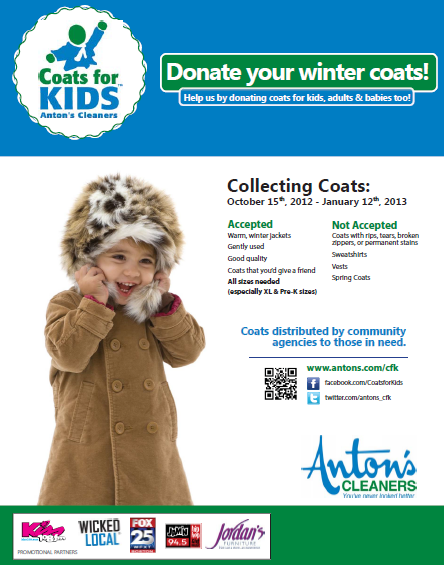 Mass. Regulators Offer Advice to Drivers Who Are at Fault in Accidents 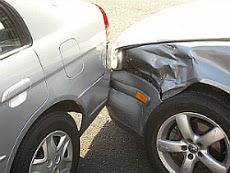 The Massachusetts Division of Insurance recently published a guideline for drivers who are found to be at fault in an auto accident.

The guideline, in a frequently-asked-questions format, covers topics including: the insurance coverage for at-fault drivers in auto accidents; premium hikes for those who are found to be at-fault; and the determination of who is at-fault in an accident.

Regulators explain that the amount of money an insurer is obligated to pay in an accident is partly determined by who is at fault. If an operator’s actions were more than 50 percent of the reason for an accident, that operator’s insurance company must cover all of the losses and expenses incurred by others who were affected by the accident.

However, if all individuals involved in the accident were partly the cause of it, and no single individual was more than 50 percent at fault, insurers are only responsible for restoring other injured parties to the extent they did not contribute to the accident.

Regulators also point out that in many instances, the driver’s premium will go up if he or she is found to be at-fault in an accident.

However, Massachusetts state law prohibits insurers from increasing premiums based on at-fault accidents or traffic violations that occurred more than five years prior to the effective date of the policy.
Also, if an insurer determines that a driver is at-fault in an accident, but the driver believes that he or she is not more than 50 percent at-fault for an accident, an appeal can be filed with the Board of Appeal at the Division of Insurance within 30 days of the date shown on the at-fault notice.

The at-fault drivers guideline can be found on the Massachusetts Division of Insurance website.

Who can enroll during this Open Enrollment?